As we struggle to fathom how we ended up in the throes of a measles outbreak once again, we’re reminded of the importance of vaccinations to protect us from life-threatening diseases. This is no less true for animals who can share diseases with people. Vaccination vastly improves the health of both people and animals and is vital for continuing to meet the health challenges of growing populations.

As well as affecting human and animal health, animal diseases are detrimental to livestock, wildlife and agriculture. They also result in revenue and trade losses.

Many killer diseases have been kept in check by responsible animal owners maintaining vaccination programmes. Rabies, for example, is a completely preventable virus that is fatal if left untreated. It kills more than 59,000 people each year, mostly children in Asia and Africa. If this isn’t tragic enough, the impact of the virus is estimated to cost in excess of US$6,000 million, according to the World Health Organisation (WHO).

Many animals die of rabies. Its transmission to livestock reduces food productivity. Bovine rabies causes one million cattle deaths in Central and South America every year.

Dogs are subject to unnecessary cruelty in attempts to eliminate the virus. According to the World Society for the Protection of Animals (WSPA), millions of dogs are needlessly culled each year due to a fear of rabies.

Rabies is prevented by vaccinating dogs. Through research and pilot programmes, WSPA found that vaccinating at least 70 percent of a community’s dogs creates ‘herd immunity’. This occurs when a significant proportion of the population (or herd) is immunised, providing a level of protection to unprotected individuals.

When a large number of animals in a community are vaccinated, it breaks the cycle of transmission between dogs. Then it prevents it from spreading to people.

The World Health Organization, World Organisation for Animal Health, UN Food and Agriculture Organisation and the Global Alliance for R

abies Control have committed to ending dog-mediated rabies in people by 2030.

d to humans, as are appropriate government strategies for disease eradication.

We must continue to use and develop life-saving vaccines to limit the spread of disease and ensure that people and animals remain healthy and productive. 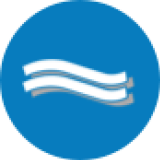